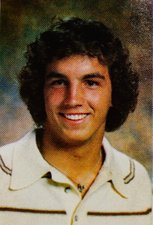 A graduate of USC in the area of Business Finance, Mark Boyer (1980) parlayed his Trojan playing days into an eight-year career in the NFL. He played tight end for both the Indianapolis Colts and the New York Jets. After football, he started his own financial services company, Boyer Financial as well as a sports performance training gym now known as OC Fast Twitch. He is currently serving as Vice President of the Western Region for the Fellowship of Christian Athletes, expanding its outreach.

A recent inductee of the Orange Coast College and UC Berkeley Hall of Fames, Jack Clark (1974) joins the Edison Alumni HOF as the most successful Rugby coach in U.S history. As Cal’s Rugby coach for 33 years his teams have won 26 NCAA Championships compiling a 614-78-5 record. He coached the U.S. National team from 1993-1999 winning more international matches than any other U.S. National team coach. More importantly, Jack has been a pillar of great character and an inspiration to his players. A member of Edison’s first graduate class 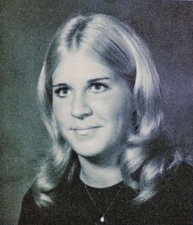 Donna Gunnell Garza (1973) went on to earn her B.A. from Southern Methodist University and J.D. from Western State College of Law. In 1998, she was appointed to the California Superior Court by Governor Pete Wilson. For nearly twenty years Judge Garza has been recognized for her outstanding leadership skills and ability to master three areas of law in the court system: civil, criminal and juvenile. She is respected by her judicial colleagues, especially for her work in the juvenile legal system.

Jeff Hyder (1978) followed his years at Edison attending Golden West College and University of Nevada, Reno eventually landing with Simple Green. Today he is their Chief Operations Officer. Those that know Jeff know of his tremendous philanthropic endeavors. He continues to sit on the OCC Foundation and the EGBAR Foundation supporting the Bolsa Chica Conservancy and the Gary Sinise Foundation. At Edison, he continues to support the CIBACS program as well as the Edison Football Golf Tournament. 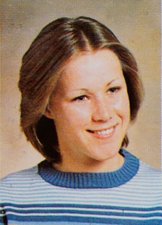 One of Edison’s early Female Athlete of the Year, Shelly Gribbin Luth (1976) became a leader and role model for females to become athletic coaches and even better people. A member of the Orange County Softball Hall of Fame as well as the CIF Hall of Fame, Shelly was a softball coach at Marina High School for 31 years, 24 as head coach. During this time, her teams amassed 476 wins, 14 league championships and 3 CIF titles. She has made a significant contribution to the lives of hundreds of young people. 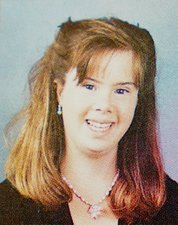 Rachel Osterbach (2001) is a star! A cast member of the Emmy-winning “Born This Way” now completing its third season, Rachel has become an advocate for individuals with intellectual disabilities. She was appointed by Governor Brown to serve on the State council on Developmental Disabilities. Her commitment to serve is highlighted by her involvement with the Down Syndrome Association of Orange County, Toastmasters Gavel Club and as a Special Olympics Global Messenger. 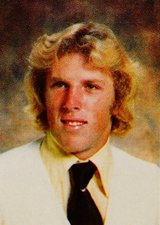 Frank Seurer (1980) left Edison for the University of Kansas where he started at quarterback as a freshman. After college Frank was selected by the Seattle Seahawks in the third round of the NFL draft. He eventually wound up with the Kansas City chiefs becoming their starter in 1984. After his football career Frank became a Firefighter and EMT for the Lenexa Fire Department in Kansas. He has spent the last 17 year as Captain of Engine 92. He has also been the program director for the Advanced Swift Water Rescue.

A graduate of the U.S. Air Force Academy, Jon “Ty” Thomas (1985) received his MA from Harvard in Public Policy in 1991. He has served 28 years as a commissioned officer, flying eleven different types of aircraft, to include in combat over Afghanistan and Iraq. Ty also served in command of four Air Force units, to include the largest U.S. air base in Europe, where he led nearly 9,000 personnel. A Brigadier General, he will be promoted to Major General this summer. 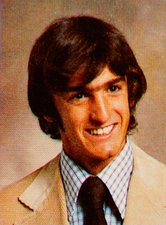 Paul V. Tomasic (1976) graduated from UCLA with a B.A. in biology. He then proceeded to earn his Doctor of Medicine degree completing his Internal Medicine Residency at Naval Hospital, San Diego. He completed his fellowship in Endocrinology, Diabetes, & Metabolism at the National Naval Medical Center in Bethesda, Maryland. He had a 25 year military career achieving the rank of Captain. A recipient of numerous awards both military and civilian Dr. Tomasic currently serves as the Medical Director, Endocrinology & Primary Care Services at WellHealth Quality Care in Las Vegas, Nevada. 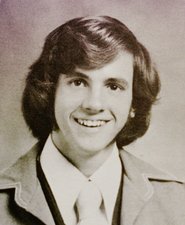 Jack Weber was Edison’s Valedictorian in 1975 and followed up that honor as the Valedictorian at USC four years later. In 1980, he joined the administration of President Ronald Reagan, first at the Environmental Protection Agency, then at the Federal Trade Commission and finally at the White House from 1983 to 1986 as Deputy Director of Media Relations. Later as a lobbyist, he was Executive Director of the Natural Disaster Coalition, President of the Home Insurance Federation of America and managed a roster of clients including CBS, the National Assn. of Broadcasters and the National Assn. of Realtors. He currently owns and manages a home improvement company that has served 22,000 customers in 4 states and the District of Columbia. 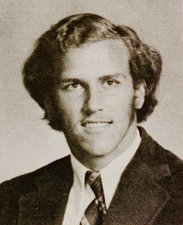 After a football career at OCC and Oregon State Dave White (1974) returned to his alma mater to teach special education, physical education and coach football. During his 31 years as Edison’s Head Football Coach, Dave has compiled a 238-119-3 record with 14 Sunset League Championships and 2 CIF titles. He was named OC Coach of the Year in 2001, 2009, 2012 and 2016, and CIF Coach of the Year 2012 and 2016. He has been instrumental in 88 of his players receiving college scholarships. He also coached Girls’ Basketball winning a CIF title. He is a role model for students, players and fellow staff members.