This year’s recipients will be inducted at a banquet on October 15, 2020 in the Edison cafeteria. The following evening, they will be honored before the football game at Huntington Beach High School. The induction ceremony is open to the public. Cost for the dinner is $35. Reservations and questions can be sent to Bruce Belcher at bwbelcher@gmail.com. 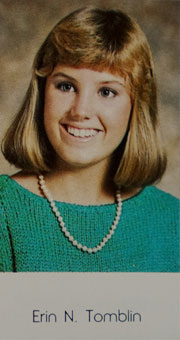 Erin Tomblin Appleman (1985) has established herself as one of the most successful collegiate coaches in the country at the helm of Yale Women’s Volleyball program. In her 17 years as head coach Erin has won ten Ivy League Championships. She was named Ivy League Coach of the year in 2018 and won the AVCA East Regional Coach of the Year in 2004. Entering into the 2019 season Erin owns a .726 winning percentage with an overall record of 289-109. She became the first Ivy League coach to win an NCAA Tournament match, which she has done twice. In addition, her teams have earned eight NCAA Tournament appearances, four 20-plus win seasons and finished either first or second place in each of the last 16 seasons. Prior to Yale, Erin spent eight years as an assistant coach at Penn State. During her tenure, the Nittany Lion reached the NCAA Final Four five times and won a National Championship in 1998. In addition, she served as an assistant at Cal State Northridge and University of San Diego. A 1990 graduate of San Diego State, Erin served as captain and was voted the team’s MVP in 1989. Before transferring to SDSU, she competed at United States International University. Prior to her collegiate career, Erin led her club team Asics Tigers where they won the Junior Nationals and was named MVP. 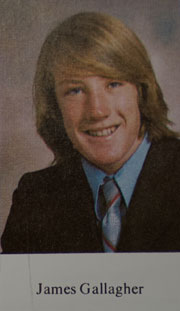 Kelly Gallagher (1976) is one of this country’s leading experts in adolescent literacy. He is the author of several popular books on the teaching of reading and writing, and is a principal author of the largest language arts textbook in the country. Kelly, a graduate of California State University, Fullerton (BA) and Chapman University (MA), taught high school English for thirty-five years at Magnolia High School in Anaheim. He has worked with teachers throughout the United States as well as internationally. Kelly is the former president of the Secondary Reading Group of the International Literacy Association, and the former co-director of the South Basin Writing Project at California State University, Long Beach. He has won numerous awards, including the Distinguished Service Award from the California Association of Teachers of English, the state’s highest award for English teachers. Kelly’s work has influenced language arts instruction in countless schools around the world. He has also been involved in the Puente Project, a University of California outreach program that prepares under-represented high school students for transition into universities. 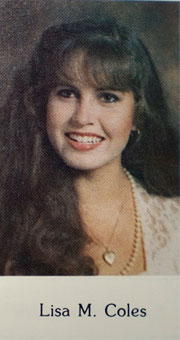 Award-winning journalist, Lisa Guerrero (Lisa Coles 1982), is one of the most popular and hard-working personalities on television. As the chief investigative correspondent for Inside Edition, America’s top-rated syndicated news-magazine show, she travels the country covering crimes, scams, cold cases, and consumer reports. Her brand of tough, confrontational reporting has made her a fan favorite and she has won eight National Headliner Awards. She’s been honored twice by the National Press Club for consumer reporting and animal abuse investigations. Before joining Inside Edition, Lisa spent over a decade as a nationally recognized sports reporter on CBS, FOX, ABC and ESPN. She has broadcast from seven Super Bowls, five World Series, and four NBA Championships as well as the World Figure Skating Championships. In, 2003, Lisa was the sideline reporter for ABC’s Monday Night Football. Lisa is an experienced actress with guest star appearances on Southland, The George Lopez Show, and Fraiser and she was a series regular on Aaron’s Spelling’s, Sunset Beach. She also played herself in the Academy Award nominated film, Moneyball. She was also the first Latina to host the Hispanic Heritage Month Reception at The White House and was named “One of the 100 Most Influential Hispanics in America” by the Hispanic Business Journal. 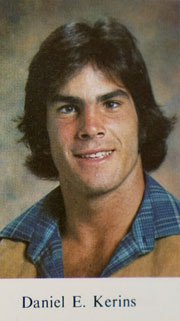 Earning a BS in Business Administration/Marketing from Long Beach State, Dan Kerins (1979), entered the Printing & Promotional Products industry where he has had a successful career for 32 years. A consummate volunteer, Dan has been a leader in Huntington Beach youth groups including the YMCA Indian Princess & Indian Guide programs, South HB Girls Fastpitch Softball, AYSO HC Region 56 as well as the HB Elks Lodge #1959. More importantly, Dan is one of Edison’s all-time supporters. Having played football and wrestled at the highest level he has focused on these two sports. His biggest contribution to the Edison community has come about from a football pool he has been running for almost 30 years. Thirteen years-ago he began to take a percentage of the pools pot to help an Edison sophomore who broke her neck in a skiing accident. That $475 has evolved into providing almost $19,000 to a freshman SAC student with a father fighting cancer and the family becoming homeless. The pool now boasts over 400 players annually and is a highlight of the holiday season for many locals every year. In the past 13 years his pool has raised almost $83,000 for former & current Chargers as well as members of the South Huntington Beach community. 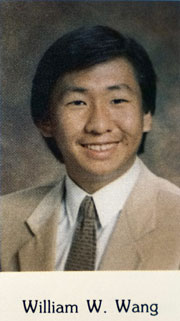 A graduate of the University of Southern California with a Bachelor of Science in Electrical Engineering William (Bill) Wang (1982), joined a rapidly growing computer monitor company. Confident that he could build a better monitor, William left to launch MAG Innovision and later, Princeton Graphic Systems. These companies became successful by introducing many industry firsts in the CRT and later LCD monitor business. In 2002, William founded VIZIO in Fountain Valley with the mission to make expensive plasma and LCD technology affordable and with high quality. Four years later, millions of Americans owned VIZIO TV’s and by 2007 VIZIO became the leading HDTV brand in America. William’s success has gained the VIZIO brand numerous awards from highly regarded industry publications. His personal accolades include Entrepreneur of the Year from Ernst & Young, Chapman University and the Orange County Business Journal, Chinese American Academic & Professional Society Model Entrepreneur, USC Alumni Merit Award and the Forbes’ 25 Most notable Chinese Americans. In addition to the many charities he regularly supports, William serves on the board of the Segerstrom Center for the Arts and the USC Viterbi School of Engineering Board of Councilors. 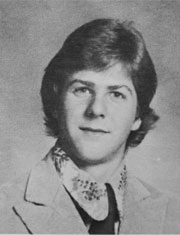 Roger Wojahn (1974) worked for the Admissions department while attending Pepperdine University graduating with a BA degree in religion in 1978. He then attended Princeton Theological Seminary on a full scholarship and graduated with a Master of Divinity (M.Div.) in Theology. After graduating Princeton, Roger entertained joining a Ph.D. program and a career in teaching but really needed to get a job. So, exploring the opportunities in New York, he became a successful Ad Man. Roger worked at Ogilvy & Mather for several years and eventually moved back to Los Angeles and joined Chiat / Day advertising, just as they were launching Apple Computer. In 1990 Roger teamed up with his twin brother, Scott, to form Wojahn Bros Music in Santa Monica, Ca. Together they have written and produced award winning music for national and global companies, from Ford to AT&T, the US Army, Amazon, 11 seasons of American Idol, and produced recording artists including Vince Gill, Buddy Guy and Shawn Colvin. Their client list is a who’s who of familiar products and brand names. Roger and Scott have been honored with the Association of Independent Commercial Producer’s Award, the Cannes Cyber Lions Grand Prix Award and their work is part of the Department of Film’s permanent exhibit at MOMA in New York City. 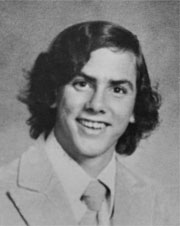 After high school, Scott Wojahn (1974), packed every musical instrument he owned into his ’71 Honda and drove to Morehead State University to study music. There he earned a BME and Masters in Music Composition and was inducted into the Morehead State University Hall of Fame in 2017. Over the years he has worked as a studio musician in Los Angeles, with inner city kids in Ohio, and wrote “Free – (Christian’s Song)” for an Edison alum whose son was killed in Afghanistan. A song currently used for military funerals. In 1990 Scott teamed up with his twin brother, Roger, to form Wojahn Bros Music in Santa Monica, Ca. Together they have written and produced award winning music for national and global companies, from Ford to AT&T, the US Army, Amazon, 11 seasons of American Idol, and produced recording artists including Vince Gill, Buddy Guy and Shawn Colvin. Their client list is a who’s who of familiar products and brand names. Roger and Scott have been honored with the Association of Independent Commercial Producer’s Award, the Cannes Cyber Lions Grand Prix Award and their work is part of the Department of Film’s permanent exhibit at MOMA in New York City.